One of my most important responsibilities is to report regularly on The Southern Baptist Theological Seminary. Thankfully, this is also one of the greatest privileges I experience as president of this institution. The past year has been one of unprecedented blessing for Southern Seminary. In part, the numbers tell the story. We are experiencing the largest enrollment in the institution’s history — heading toward 5,000 students in our total enrollment. Most importantly, this includes the largest number of students studying for the pastorate gathered at any one institution at any single time in the history of the Christian church. Above all else, this is cause for enormous thanksgiving for the blessings of God. We also thank God for the vitality of an institution, founded in 1859, that is experiencing such growth and momentum in the 21st century.

This report is more than a compilation of data — it is an important feature of our stewardship. While the life, work, and mission of Southern Seminary can never be reduced to any report or statistical analysis, we do recognize that there is a responsibility for us to look closely at markers and milestones that help us understand the blessings of God and the stewardship required of us in these times. I hope you will take the opportunity to look closely at this report. I believe you will be incredibly encouraged as you see what is happening on Southern’s campus in Louisville and, by extension, what is now reaching around the globe.

One of the most exciting developments in 2015 has been the launch of Southern Seminary’s Global Campus, which opens new doors as we seek to train, educate, and prepare the next generation of pastors, missionaries, church planters, and Christian leaders for service in the church and for the nations. 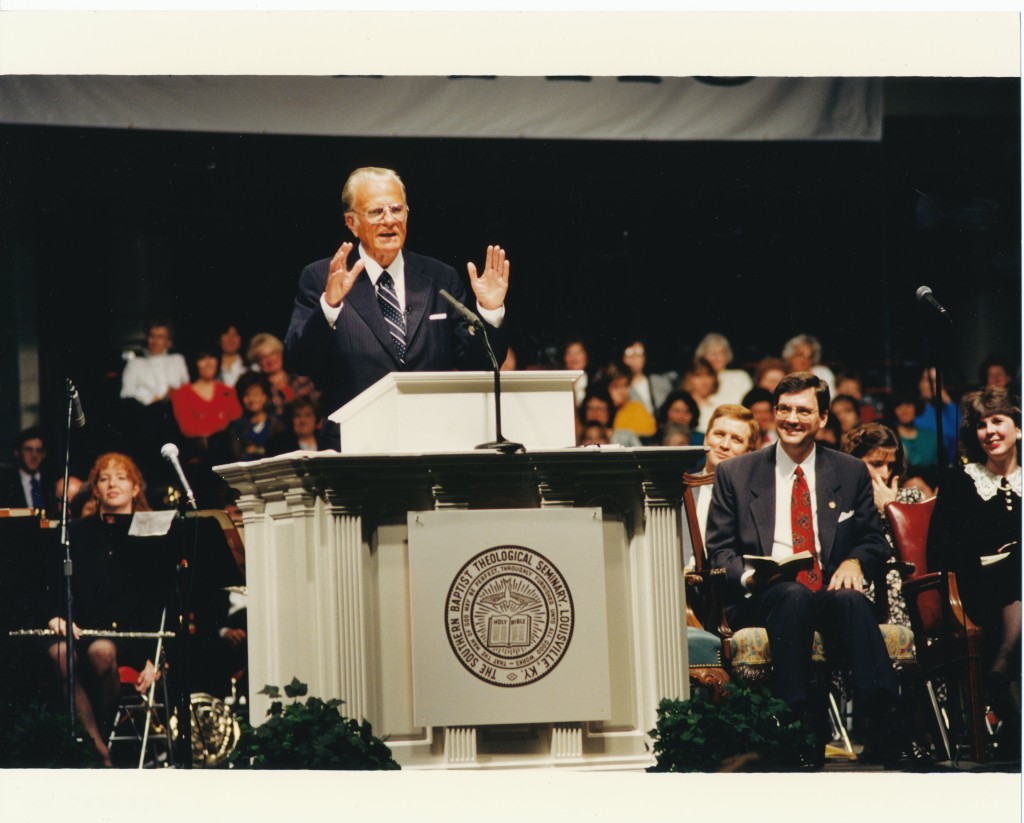 Southern Seminary celebrated the 20th anniversary of the Billy Graham School of Missions, Evangelism and Ministry during its annual Heritage Week, Oct. 13-16, 2014. Thom Rainer, the founding dean of the Billy Graham School, delivered a sermon on evangelism and President R. Albert Mohler Jr. read a congratulatory letter from the Graham family at a chapel service marking the anniversary, Oct. 14.

Southern Seminary launched its new Global Campus, allowing students who serve in ministry around the world to complete a Master of Divinity degree through distance learning options including online, seminary leaders announced Feb. 12. Through the Global Campus, students can earn the M.Div. entirely through Southern Seminary Online or one of the institution’s nine extension centers.

A partnership between Southern Seminary and the Ethics and Religious Liberty Commission of the Southern Baptist Convention will allow students to pursue a modular Ph.D. in Christian ethics with an emphasis in public policy; classes began in spring 2015.

The Southern Baptist Theological Seminary will now offer both D.Min. and D.Ed. Min. degrees in Applied Apologetics to ministry leaders for equipping their churches to confront current issues and reach people with the gospel. The D.Min. degree is a 32-hour program and the D.Ed.Min. a 46-hour program, both designed to be completed in 36 months. 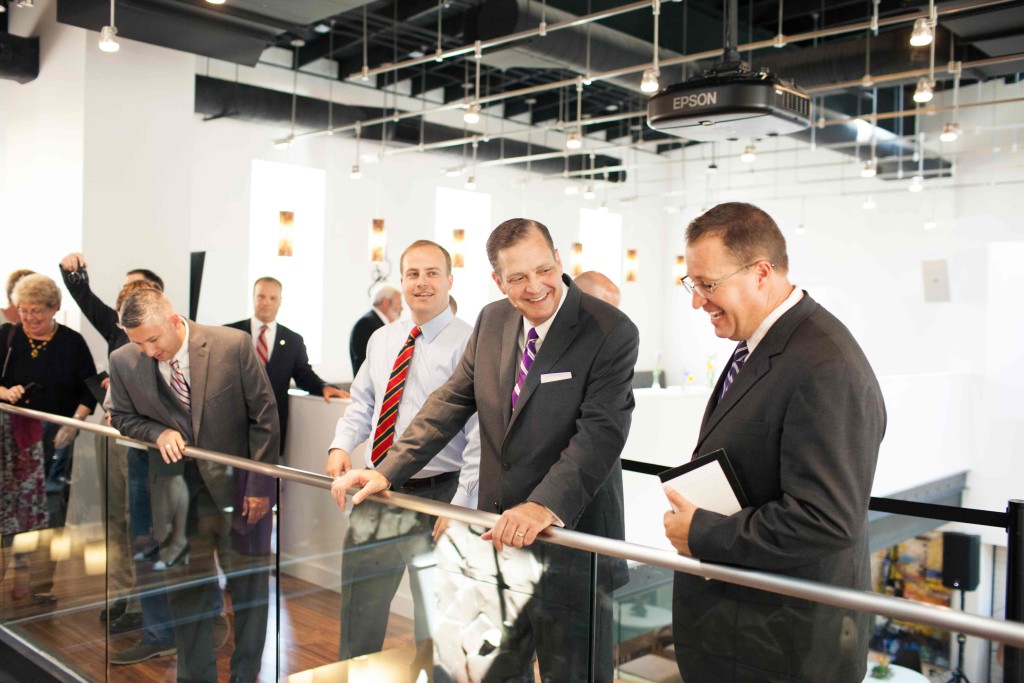 The Mullins Complex was dedicated Aug. 19, 2014 in a ceremony led by President R. Albert Mohler Jr. after the seven-month renovation project was completed in July. The renovated state-of-the-art facility serves as the new home of Boyce College, the undergraduate school of The Southern Baptist Theological Seminary. Students are housed in 96 suites, providing a total of 350 beds with room for expansion. 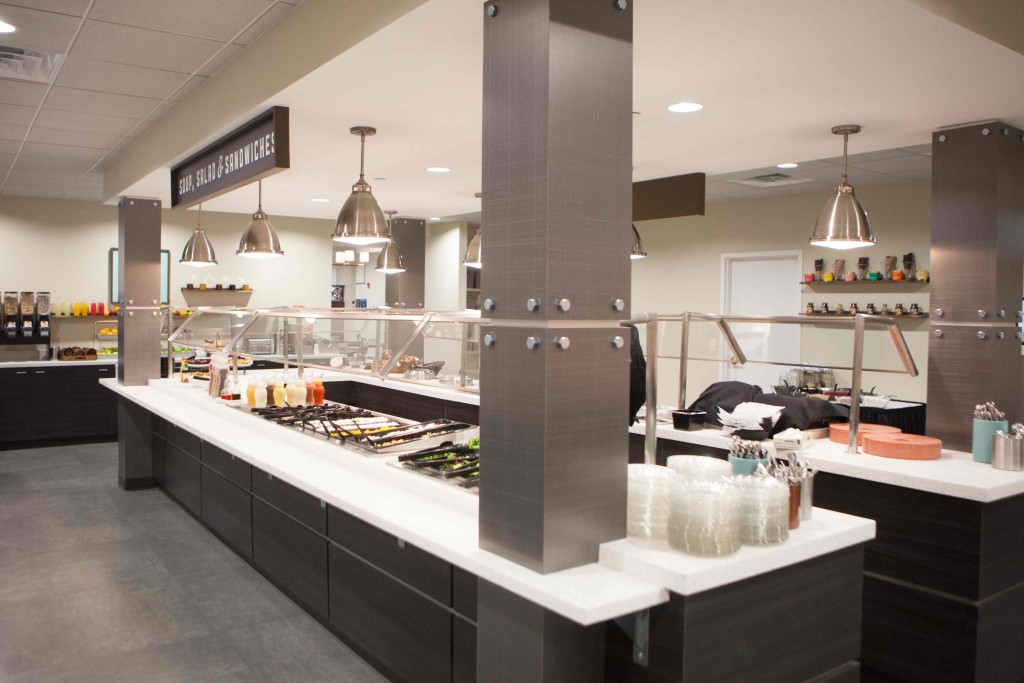 The Dining Hall underwent extensive renovations from November 27, 2014 to January 17, 2015 to update appearance and increase seating to 232 persons. Founders’ Cafe was also renovated March 22 to April 12, 2015.

Southern Seminary’s Heritage Week this year included the fall trustee meeting, Southern Seminary Foundation meeting, Preview Day for prospective students, and a celebration of the 20th anniversary of the Billy Graham School of Missions, Evangelism and Ministry. In chapel services during the week, Thom Rainer emphasized the call to evangelism for every Christian, R. Albert Mohler Jr. encouraged attendees to withstand persecution, and Ronnie Floyd urged obedience to the Great Commission.

Perkins Lectures on Theology and Race in American Christianity

John M. Perkins led the Julius Brown Gay Lectures on Christian Ethics, Oct. 27, 2014. These lectures are among Southern Seminary’s most prestigious lectureships, and have brought some of Christianity’s most significant figures to the seminary campus, most notably Martin Luther King Jr. in 1961. Perkins lectured on “Theology and Race in American Christianity” and said that racial reconciliation and justice are fundamental aspects of Christ’s redemptive work. 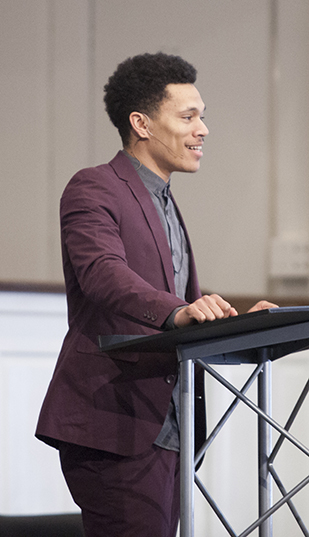 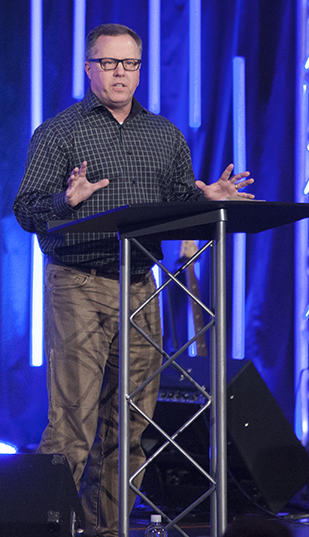 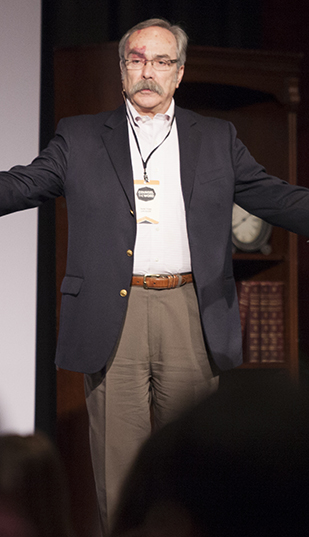 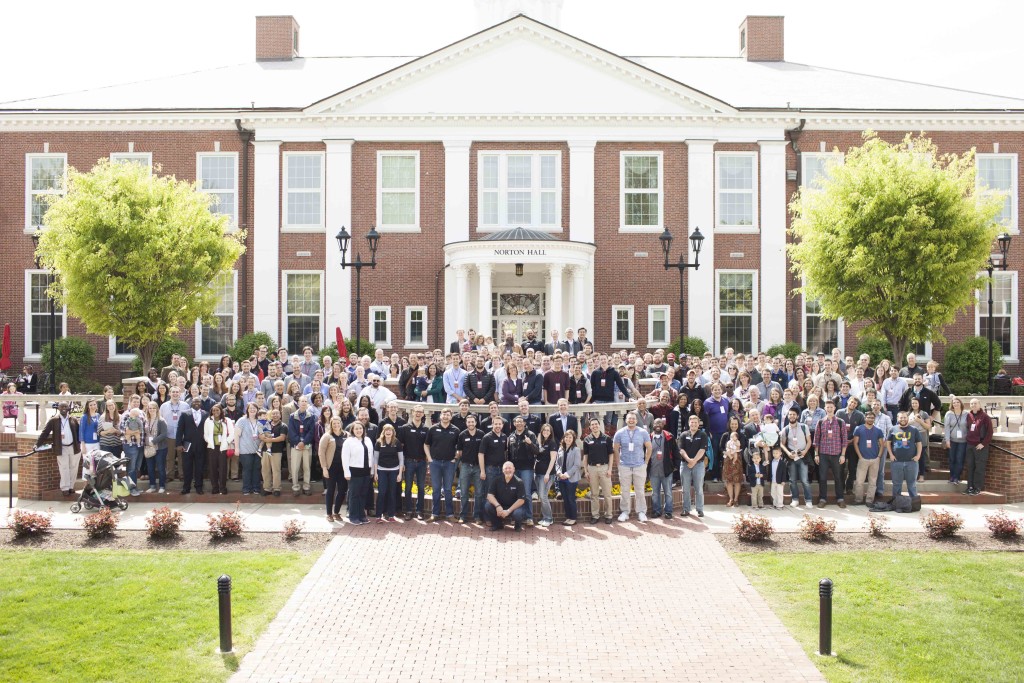 This year the Seminary Lawn transformed into the Land of Oz, with more than 5,000 students, staff, faculty, and family members gathering for the evening festivities. Southern Seminary’s Department of Biblical Worship released two albums in the 2014-15 academic year: Norton Hall Band’s Be Thou My Vision and Doxology’s O Great Redeemer. The department also hosted a Doxology and Theology conference for music ministers, featuring Matt Boswell, Harold Best, and others. The seminary community also enjoyed a Christmas concert hosted by the department that featured local worship bands from around Louisville, including Sovereign Grace Music, Sojourn Community Church, Highview Baptist Church, and others. The worship ensembles of Boyce also traveled extensively this year. Lexington Road, Boyce Vocal Band, Grinstead, and the Boyce College Choir led worship at more than 25 events including church worship services, Christian School assemblies, student conferences, and other events. They traveled in 8 states and led worship for over 10,000 people in the past year. 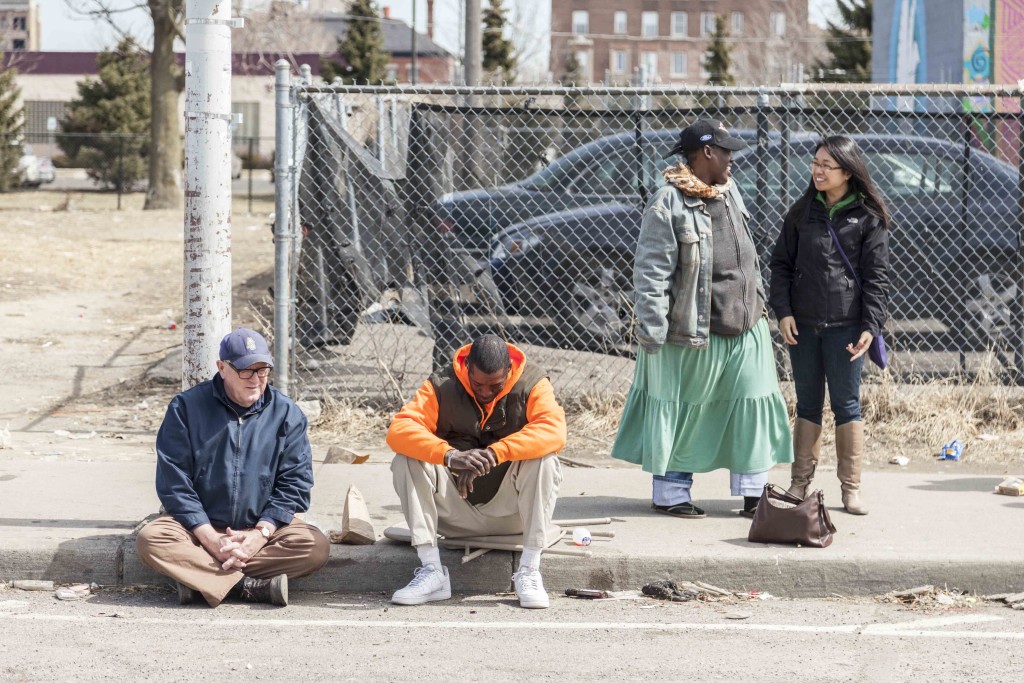 BEVIN CENTER FOR MISSIONS MOBILIZATION will send 12 mission teams to various domestic and international locations between May 9 and July 25. Teams will work in Central Asia, North Africa, the Middle East, Haiti, Montreal, and others. The Bevin Center also organized the Crossover Columbus event, June 8-13. This event is a week of evangelism training and outreach to support local churches in the Columbus metro area.

JENKINS CENTER FOR THE CHRISTIAN UNDERSTANDING OF ISLAM sponsored the first ever Jenkins Lecture with Islamic scholar Michael Youssef on Sept. 2, 2014. The center is led by J. Scott Bridger and associate director John Klaassen, associate professor of global studies at Boyce College. The center manages a blog at jenkins.sbts.edu, which features posts from scholars like Youssef and J.D. Greear.

THE ANDREW FULLER CENTER FOR BAPTIST STUDIES honored the tricentennial of George Whitefield’s birth, Oct. 21-22, 2014 during its eighth-annual conference. The two-day conference, “Whitefield and the Great Awakening,” featured key scholars such as Thomas S. Kidd, professor of history at Baylor University and author of the recent George Whitefield: America’s Spiritual Founding Father, and David Bebbington, professor of history at the University of Stirling.

THE MATHENA CENTER FOR CHURCH REVITALIZATION will launch in fall 2015. Brian Croft, senior pastor of Auburndale Baptist Church in Louisville, Kentucky, was appointed as the senior fellow for the center earlier this year. The center launched Guide to Church Revitalization on June, 2015.

THE COMMONWEAL PROJECT hosted its first annual conference Sept. 26-27, 2014, with Wayne Grudem and Barry Asmus lecturing on impoverished nations and free enterprise. The initiative also hosted a series of free lunch lectures through the academic year, featuring speakers like R. Albert Mohler Jr. and Owen Strachan. The Commonweal Project, funded by the Kern Family Foundation, is an academic initiative at the seminary to foster a theology of work and economics.

THE CENTER FOR GOSPEL AND CULTURE hosted Sam Allberry for a lecture series about homosexuality and ministry. Allberry is associate pastor at St. Mary’s Church in Maidenhead, United Kingdom, and author of Is God Anti-Gay? And Other Questions about Homosexuality, the Bible, and Same-Sex Attraction. He shared his testimony, including his struggle with same-sex attraction, and lectured about Christian engagement with homosexuality in a series of lectures hosted by Boyce’s Center for Gospel and Culture.

THE CARL F. H. HENRY INSTITUTE FOR EVANGELICAL ENGAGEMENT exists to “equip modern Christians to understand their times and engage them from a historically-attuned and theologically-informed perspective.” Owen Strachan, assistant professor of Christian theology and church history, was named director of the center in 2014. The institute served as a sponsor and contributor to The Commonweal Project this past year. Tom Hellams was named Vice President for Denominational Relations and Chief of Staff, Office of the President

Hellams returned to Southern Seminary in September to a similar role he served previously, 1997-2006. Since 2006, Hellams had served as vice president of corporate relations at LifeWay Christian Resources of the Southern Baptist Convention.

Three Professors Elected to the Faculty During Fall Trustee Meeting, Signed The Abstract of Principles, Feb. 3, 2015

For the first 10 months of the 2014-2015 academic year, President R. Albert Mohler Jr., faculty, students, and alumni were cited in a wide array of news media outlets. Southern appeared in 2,157 articles in news media outlets across the nation and around the world. 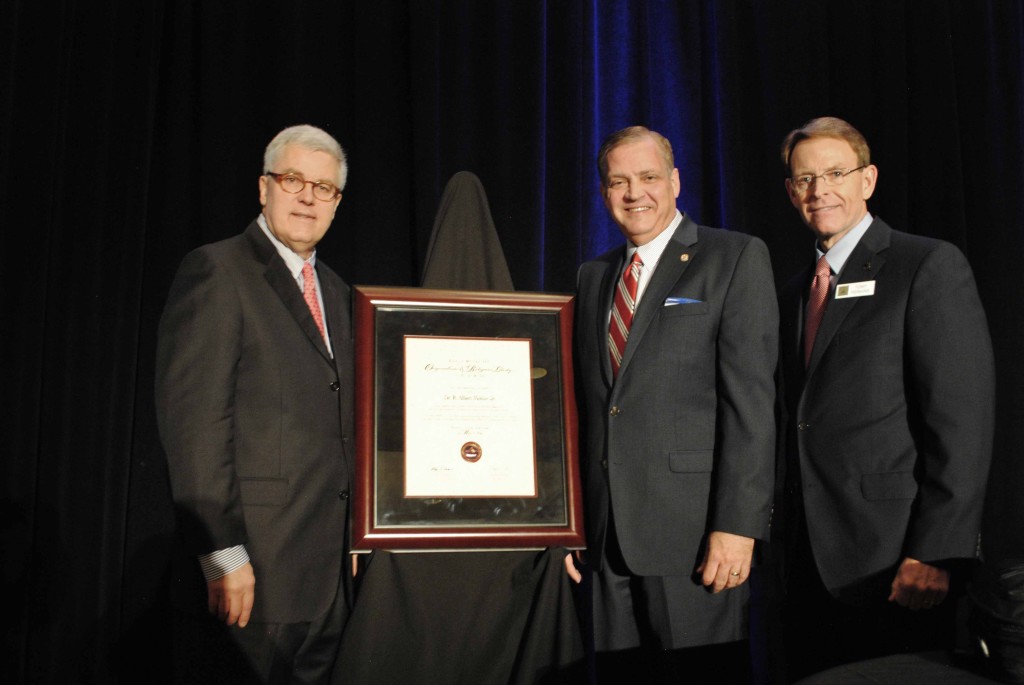 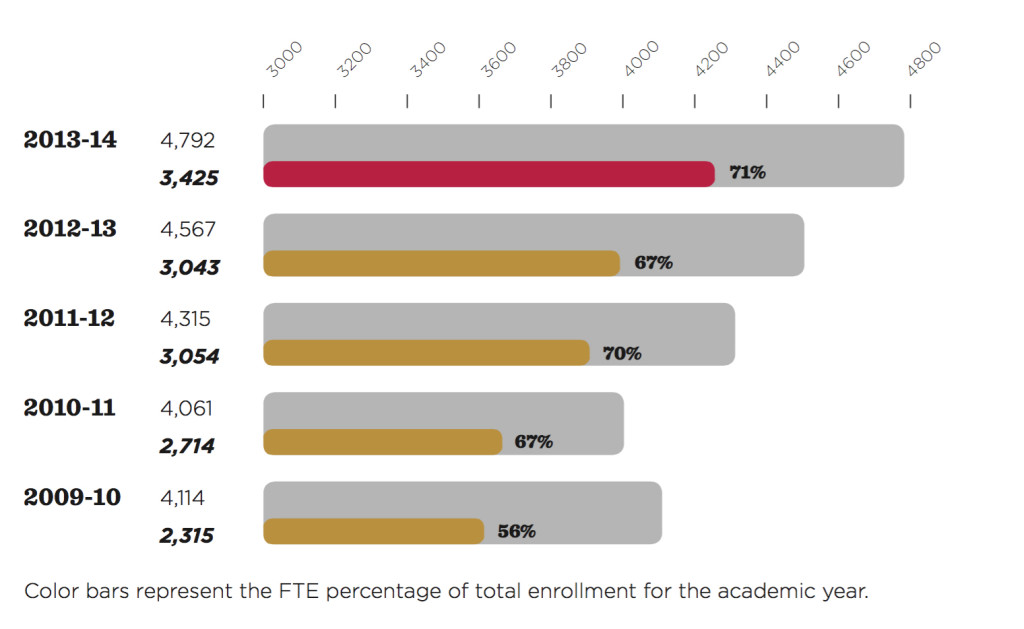 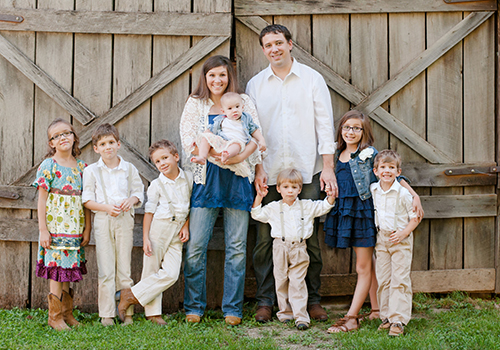 CHRIS HURLEY and his wife, Kaki, moved their family of nine to Southern Seminary despite knowing the hardships they would face. Those hardships, in his words, are preparing his family to serve the church. After an expected graduation with a master of divinity in worship leadership in 2018, Hurley hopes to serve a church as a music minister and pastor. 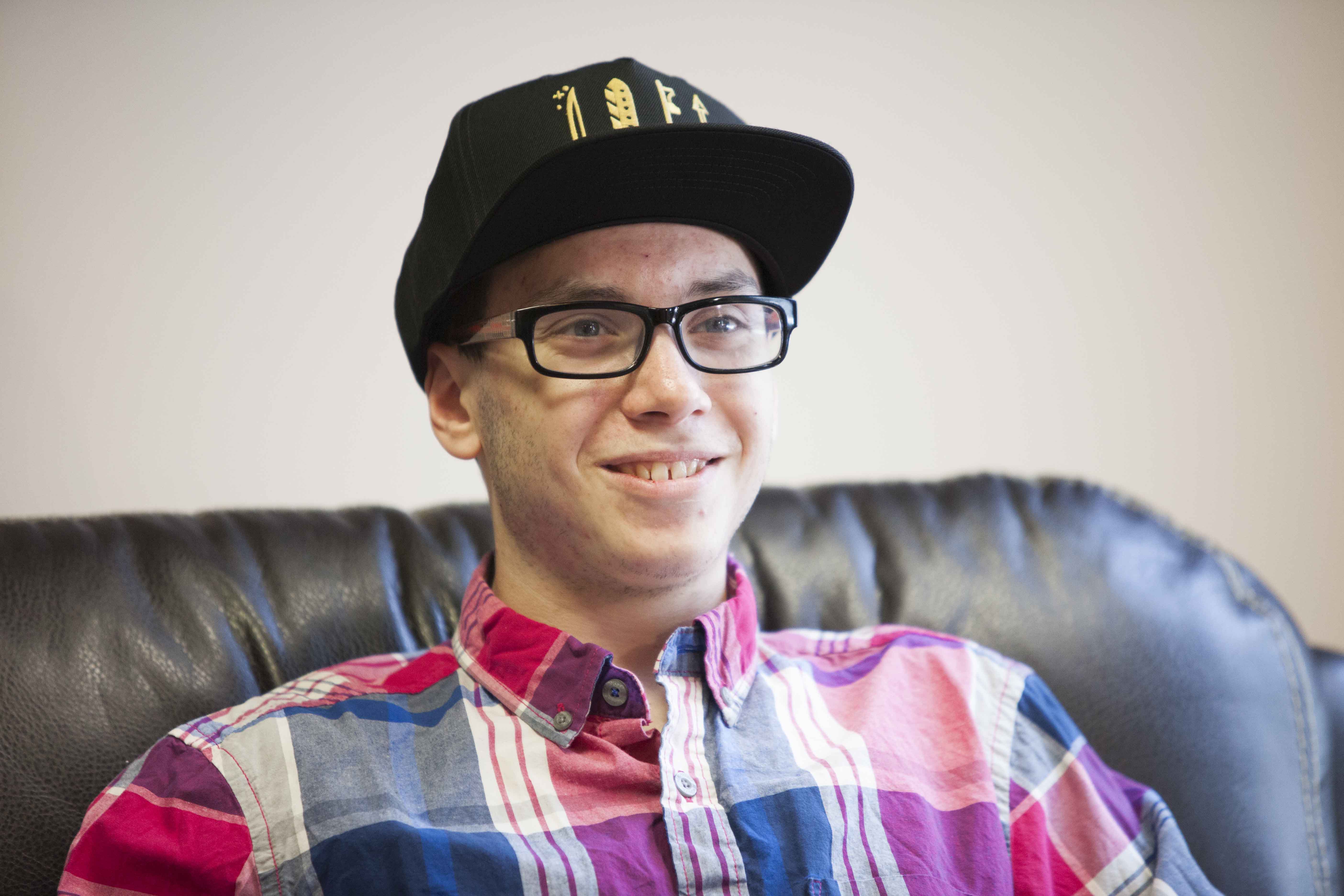 JOSH LEWIS is a Boyce College student from Detroit, who made international headlines for his gospel testimony in the face of being stabbed and carjacked while delivering pizzas, May 3. “I forgive him,” Lewis told astonished reporters, explaining the attacker needs Jesus. Terri Lewis, Josh’s mother, praised the support he received from seminary leaders, Boyce students, and Sojourn Community Church. 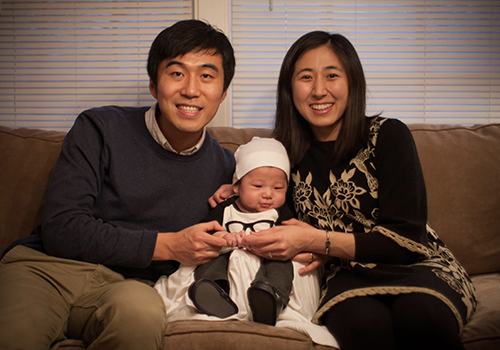 HYO-GIL AND MIKYUNG KONG are seminary students from South Korea who came for missionary training. “The main reason we came to Southern was to be trained for work overseas. During our time in South Asia, we realized that people needed to hear the true gospel and to be taught sound doctrine. So we hope to preach and teach the gospel to people in South Asia.”