Too busy to lead family worship?

Charles Spurgeon (1834-1892) was a Baptist pastor in London for most of the second half of the nineteenth century. His is one of the most recognized names in Christian history, but he’s best-known today as the Prince of Preachers.

An electronic search of the mountain of material produced by Spurgeon reveals that he often referred to family worship, which he also called “family prayer.” “I esteem it so highly,” he said, “that no language of mine can adequately express my sense of its value.”[1]

Some may think that Spurgeon lived in a much simpler era that afforded him more time to practice family worship than Christians would have today. I’ve conducted a great deal of Ph.D. research on Spurgeon’s life and pastoral ministry, and can confirm this isn’t so.

Spurgeon’s autobiography, as well as many first-hand observers, tell us that Spurgeon. . .

(1) pastored the largest evangelical church in the world at that time (with more than six thousand active members), 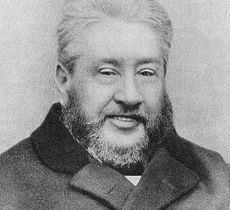 (3) edited his sermons for weekly publications, and thereby

(4) produced (in the sixty-four volume Metropolitan Tabernacle Pulpit) the largest collection of works by any single author in English,

(5) wrote an additional one hundred and twenty books (one every four months throughout his entire adult life),

(6) presided over sixty-six different ministries (such as the pastor’s college he founded),

(7) edited a monthly magazine (“The Sword and the Trowel”),

(8) typically read five books each week, many of which he reviewed for his magazine, and

(9) wrote with a dip pen five hundred letters per week.

And I think I’m busy! Five hundred hand-written letters? I couldn’t write five hundred tweets per week! Even if I were just copying verses from the Bible!

God gave Spurgeon an extraordinary capacity for work and productivity. And yet, despite the ceaseless, crushing demands on his schedule, at 6:00 each evening, setting aside a to-do list that few could match today, he gathered his wife, twin boys, and all others present in his home at the time for family worship.

After his death, his wife Susannah wrote this glimpse into their lives together with their twin boys, both of whom became pastors:

After the meal was over, an adjournment was made to the study for family worship, and it was at these seasons that my beloved’s prayers were remarkable for their tender childlikeness, their spiritual pathos, and their intense devotion. He seemed to come as near to God as a little child to a loving father, and we were often moved to tears as he talked thus face to face with his Lord.[2]

A visitor to the Spurgeon home once wrote,

One of the most helpful hours of my visits to Westwood was the hour of family prayer. At six o’clock all the household gathered into the study for worship. Usually Mr. Spurgeon would himself lead the devotions. The portion read was invariably accompanied with exposition. How amazingly helpful those homely and gracious comments were. I remember, especially, his reading of the twenty-fourth of Luke: “Jesus Himself drew near and went with them.” How sweetly he talked upon having Jesus with us wherever we go. Not only to have Him draw near at special seasons, but to go with us whatever labour we undertake. . . . Then, how full of tender pleading, of serene confidence in God, of world-embracing sympathy were his prayers, . . . His public prayers were an inspiration and benediction, but his prayers with the family were to me more wonderful still. . . . Mr. Spurgeon, when bowed before God in family prayer, appeared a grander man even than when holding thousands spellbound by his oratory.[3]

You may know of no one as busy or as burdened as yourself, but can you honestly say you have more responsibilities than Spurgeon?

Despite his innumerable and important responsibilities, Spurgeon made the privileges and delights of family worship a priority. How about you?

This post originally appeared on The Center for Biblical Spirituality.

Study with faculty like Dr. Whitney at Southern – choose a faculty.

Check out the upcoming Counsel the Word conference with a theme on confident parenting.

Your church is not your platform

Good liturgy is theology in action

4 ways hymns have shaped my life and doctrine