Roy Honeycutt, Southern’s eighth president, took office in February 1982. Honeycutt was a two-time graduate of Southern Seminary, receiving his Ph.D. in 1958 and his M.Div. in 1952. Honeycutt served as dean of the School of Theology from 1975 to 1980 and provost from 1976 to 1982. In 1986, enrollment reached a new peak and in 1990, Southern saw its 20,000th graduate receive his diploma. Southern’s endowment reached roughly $56 million in 1992 and the seminary opened a new 104,000-square-foot campus center including classrooms, student meeting spaces, a bookstore, and extensive recreational facilities. In 1990, Southern saw its twenty thousandth graduate receive his diploma.

At the same time, during Honeycutt’s tenure the seminary was at the center of a denominational contest to restore orthodox views of the inspiration of the Bible. Most Southern Baptists held traditional views of the Bible, but for decades most leaders of the denomination did not. At Southern, professors Timothy George, Lewis Drummond, and David Dockery defended the inerrancy of the Bible, but the vast majority of the faculty rejected it and advanced liberal views in many areas of theology and ethics, as did the majority of the faculties at the other Southern Baptist seminaries. The majority of Southern Baptists could not in good conscience continue to pay the salaries of professors who undermined students’ confidence in the Bible and its teachings. Southern Baptists therefore undertook a campaign to replace denominational leaders and seminary faculties with those who held to the inerrancy of the Scriptures. They ultimately completed a successful revolution throughout the denomination. Although Honeycutt did not agree with the agenda of Southern Baptist conservatives, he supported the right of Southern Baptist churches to determine the character of the seminary through the Southern Baptist Convention and its process of trustee appointment. Although he faced overwhelming opposition from the seminary faculty, Honeycutt began the initial transition of the faculty in a conservative direction in response to the mandate of the convention.

1983 Honeycutt dismisses professor Dale Moody for disagreement with the abstract of principles. 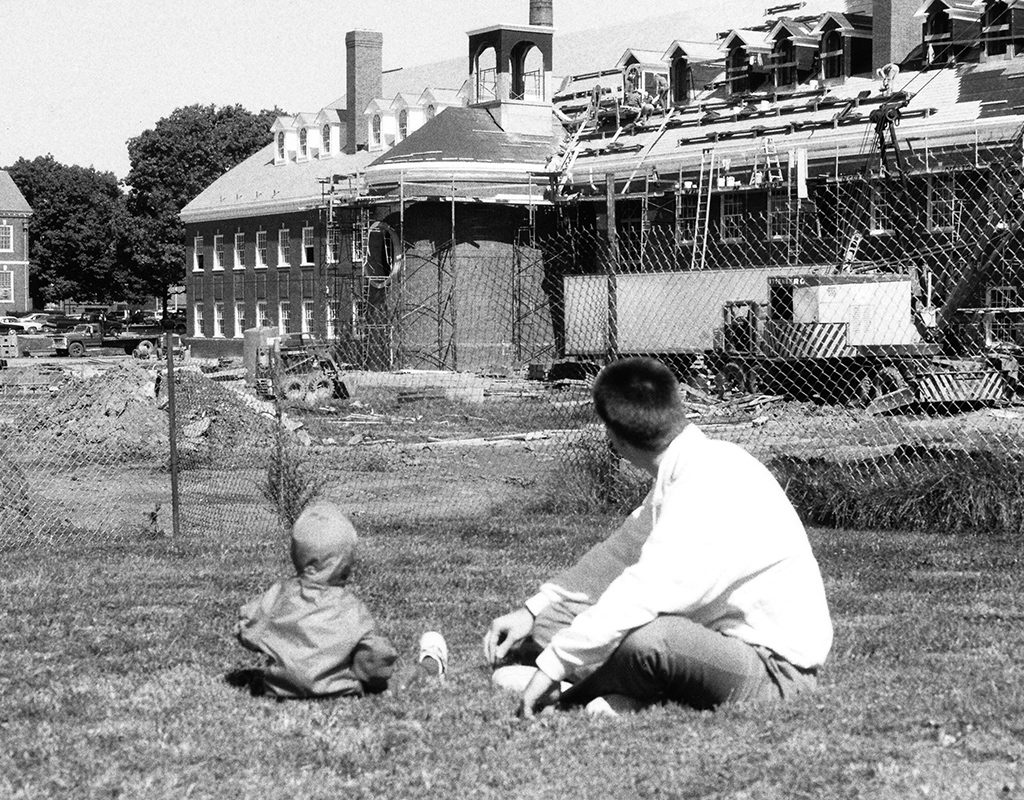 The Roy and June Honeycutt Campus Center stands as an enduring testament to Roy and June Honeycutt’s love for the students and faculty of Southern Seminary. It provides extensive facilities in support of the communal life of the seminary. Students, faculty, and staff eat together in the cafeteria and in the Founders’ Café. It houses also the recreational center, post office, bookstore, medical clinic, campus store, study areas, and conference facilities.